Ptarmigan Country Club is a Jack Nicklaus-designed private country club with about 400 members located in Fort Collins, Colorado, an hour north of Denver. Amenities include a championship golf course (with five sets of tees), tennis courts, swimming pool and bathhouse, practice tee, and chipping area. The club is owned by Mr. Ron Flack and managed by Mr. Ryan Flack.

In the late 1970s, a small group of local businessmen and investors purchased the land that now comprises the Ptarmigan subdivision and secured the services of Mr. Jack Nicklaus to design a golf course. The project stalled for a few years because of the economy, but the front nine opened for play in June, 1987 and the back nine opened a year later. As cash flow allowed, improvements were made to the course and the Club, including the construction of the current clubhouse, which was built in 1996. 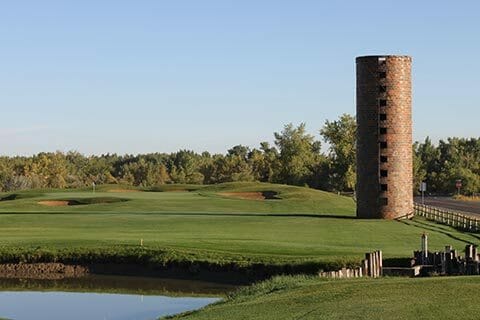 In 2004, Mr. Ron Flack purchased Ptarmigan from an investment group. He has since directed many improvements, including a remodel of the upstairs Lounge and Dining Room, a renovation of the Pro Shop and Grill, the addition of a practice green adjacent to the range, and the diligent attention to detail required to maintain a golf course in magnificent condition all year round.

Today, the Club’s members enjoy a fabulous golf and social experience. Men’s and ladies’ golf associations have developed and conduct extensive tournaments and social events, which the Club has augmented with brunches, winetasting dinners, and theme nights. The Club hosts many annual tournaments and special events as well. The USGA hosted the 1991 and 1993 Local US Open Qualifier at Ptarmigan and the CSU Women’s Ram Fall Classic is a much-anticipated annual golf event for nearly 20 colleges and universities in the western United States.